What happens when two or more masterfully talented artists collaborate? Is it even possible for such strong individuals to interact and cooperate? Could they create something new together, something different, something brilliant? Yes, yes, and yes! Art collaborations simply cannot be a bad idea.

There are so many examples throughout the art history that show us the wonderful uniqueness of creations that came out from such artistic partnerships. Here, we present you with some of the most famous ones!

From 1980 to 1986, renowned Pop artist Andy Warhol and a graffiti prodigy, Jean-Michel Basquiat, collaborated on a number of exciting pieces that actually led them to the position they now have in the art world.

Their working process went on like this: Warhol usually painted first, and then Basquiat entered the scene with his colorful imagery. One of the most popular examples would be the piece titled Olympic Rings, completed in 1985. Warhol actually made several variations of the Olympic five-ring symbol, to which Basquiat responded with the oppositional graffiti style.

How did this “crazy art world marriage”, as Victor Bockris called it in his book, Warhol: The Biography, happen in the first place? It was due to the fame Andy Warhol had already achieved and the fact that Basquiat, a 20-year-old artist at the time, thought this fame was the missing piece which would help him with his big breakthrough in the art world. And he was right! Basquiat’s emotionally-charged paintings and graffiti art were about to become some of the best known Neo-Expressionist artworks in the U.S.

Speaking of crazy art marriages, the next example we are going to talk about is a collaboration between Abstract Expressionists Jasper Johns and Robert Rauschenberg. In fact, the two artists, creating incredible art in the middle of the American neo-Dada movement, may actually have been in a romantic relationship in addition to their artistic collaborations.

Rumour has it that Jasper Johns was the one who came up with the word combine that’s widely used to describe Rauschenberg’s technique of incorporating everyday objects like fabric, newspaper cut-out, furniture and even animal carcasses into his abstract paintings.

In the 1950s, they extensively influenced each other’s work and the fact that there is a profound likeness in their art from that period doesn’t come as a surprise. The undersheet splashes of red, yellow, and blue colors in Rauschenberg’s Bed, both a piece of furniture and a painting, are clearly recognizable in the reds, blues, and yellows of Target with Four Faces made by his friend, lover, and a fellow artist, Jasper Johns.

Along with artistic giants like William de Kooning and Jackson Polock, these two artists paved way for the Pop Art movement by erasing the differences between the fine art and mass culture.

Rrose Sélavy was a Dada pin-up girl, a lucky charm for many artists, and… she was a man! Not just any man, that is, but one of the best-known visual artists in the entire history of art. She was ’the inventor of readymades’, and the revolutionary that completely changed the art world. Yes, you guessed it, she was Marcel Duchamp. Rrose Sélavy was one of Duchamp’s pseudonyms and his female alter-ego.

When you pronounce the name Rrose Sélavy, it actually sounds like Eros, Ce la Vie which, when translated from French, means Love, that’s life. Duchamp loved these kinds of word games as we all know, but he wasn’t playing alone. His long-time companion for optical and rhetorical illusions was a famous painter, photographer, and filmmaker, Man Ray.

Ray was there to take a shot of Duchamp every time he showed up as Rrose Sélavy. But those pictures were only a small part of their unique everlasting friendship and artistic collaboration.

Their shared aesthetic was spread across different mediums, ranging from the first picture that showed Duchamp’s Nude Descending a Staircase which Ray took in 1919, to the experimental op-art film Anemic Cinema they did together in 1926, and finally, the photograph Man Ray took in 1968, depicting the last, and unfinished, Duchamp sculpture, La Cheminée Anaglyphe.

It was 1949, and a 68-year-old Pablo Picasso was spending time at his French home in Vallauris when Gjon Mili paid him a visit. At the time, Mili was a photographer for LIFE magazine and had come by to take some pictures of the great artist’s creative process. That’s where an incredible idea was born!

Picasso and Gjon decided to collaborate on exploring the possibilities of painting with light. It was Mili who wanted to experiment with this technique, and he convinced Picasso to try making several paintings using the flash of a light as paint and air as the canvas.

Picasso took his assignment seriously. He was so inspired that his hands started moving around in flashing cuts, creating some of the most amazing light paintings, and Mili was there to seize the moment. Their collaboration extended for five sessions resulting in 30 images altogether.

Whether it was Picasso’s signature or a bull-shaped light trail that remained invisible until the photographs were developed, this art collaboration delivered one-of-a-kind artworks.

Stay in touch with us! Our Newsletter is packed with inspiring stories, art tips, and Agora Gallery’s latest exhibition announcements.

Art Collaborations: The Other Side of the Coin

We cannot ignore the widely-known artist couples while talking about art collaborations. Throughout history, a number of renowned artists have embraced the talent, ideas, and creative energies of their significant others, and have regularly collaborated to make extraordinary art together.

Frida Kahlo and Diego Rivera; Georgia O’Keeffe and Alfred Stieglitz; Marina Ambramović and Ulay; Max Ernst and Dorothea Tanning, the list just goes on! These collaborations were built on mutual trust and respect.

However, we know of a famous artist duo whose collaboration did not go quite right, and one of them took a little more credit than he deserved. The collaboration we are talking about was between Laszlo Moholy-Nagy, best known for his connection to the Bauhaus School of Art and Architecture where he taught for several years, and Lucia Moholy, one of the leading Bauhaus photographers.

Married from 1921 to 1929, their joint years were tremendously fruitful in the field of experimental photography. They made serious progress with their innovative approach and exploration of the possibilities of the photogram. They also collaborated on a book titled Painting, Photography, Film. Unfortunately, Laszlo Moholy-Nagy was the only one credited for their collaborative work.

Lucia Moholy experienced difficulties in receiving the recognition for her individual works as well. The straw that broke the camel’s back was the 1938 exhibition on Bauhaus in the Museum of Modern Art in New York, where almost 50 jointly taken and developed images were on display without giving any credit to Lucia Moholy.

She immediately hired a lawyer to retrieve her work but was unsuccessful. After 22 years of legal proceedings, she was only able to obtain a few photographs.

Lucia Moholy had obviously learned the importance of protecting the artwork the hard way, but that doesn’t diminish the significance of the art she did, both by herself and within the collaborative artistic partnership.

Art collaborations, when done right, can be a beautiful thing. History has proved time and again that two creative minds can sometimes be better than one. Even today, artists are increasingly collaborating with each other and with creative professionals from other fields.

Do any other famous art collaborations come to your mind? We are eager to hear all about it! Share your thoughts with us in a comment below.

Nadja Bozovic is a freelance writer focusing on arts and culture. She is passionate about visual arts, performance, photography, mixed media and street art. 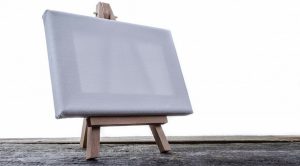 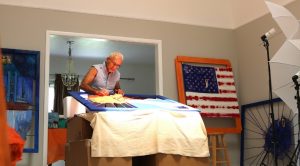 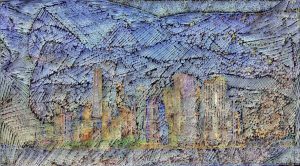 Conceptivism: Art That Goes Beyond