The Art of Reputation: How to Network if You’re an Emerging Artist

Gone are the days of the lone genius in dogged pursuit of artistic discoveries. Today, success in the art world hinges on the fine art of social networking. In a recent study, researchers from Columbia University Business School and HEC Paris demonstrated that social networks rather than artistic excellence and creativity determine success.

The study, titled “Fame as an Illusion of Creativity: Evidence from the Pioneers of Abstract Art,” looks at 90 trailblazing artists from the turn of the 20th century. Some of them, like Picasso, became overwhelmingly successful, and their fame remains undisputed to this day. Others remain marginal or have fallen off the radar completely.

Researchers examined each artist’s social structure based on their “peer network” of personal and professional relationships in the sphere of art. When they set their findings against the level of fame achieved by each artist, they found that shockingly, there is no correlation between artists’ creativity and originality on one hand and fame on the other.

Instead, the research clearly indicates that the artists with the widest and most diverse network of contacts were “statistically more likely to become famous.” A wide and diverse group of peers contributes to the creation of an enhanced artistic identity. 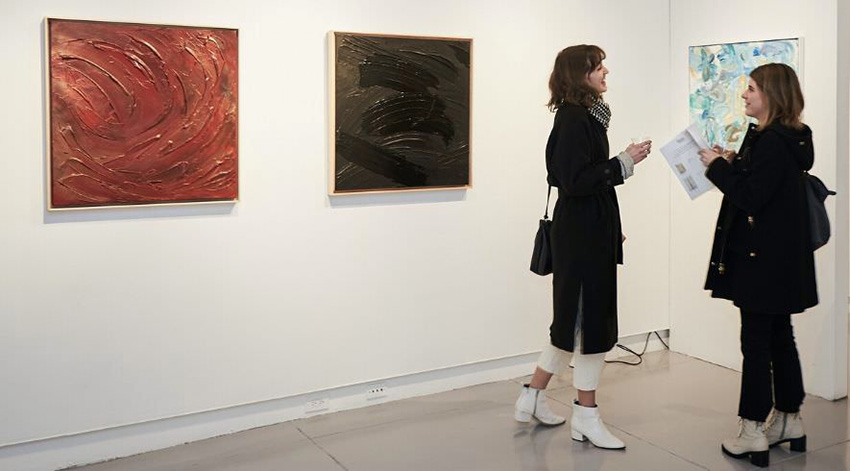 Of course, it is difficult not to admire the innovative gusto and mastery of technique of a Kandinsky, a Matisse, or a Picasso. We appreciate these artists’ work as an enduring testament to their efforts to push the language of painting to new heights of its expressive ability, not their expertise in climbing the social ladder.

Did they become famous because they knew how to schmooze, or did they learn to socialize with the right people because they knew they had something important to say and wanted to be heard at all costs? The study cannot answer this question, nor does it factor in key issues of gender and race.

Surely, female artists and artists of color experienced art-making, socializing, and fame very differently than their white male counterparts. Dora Maar, for example, was a remarkably daring, talented, and innovative photographer whose social circles were as vast and sundry as Picasso’s, yet for decades she was remembered as one of Picasso’s women.

Since, ironically, this very same fact likely contributed to the recent “rediscovery” of her beautiful work, it is safe to say that sooner or later social networks come through for those who know how to make use of them.

In the 21st century networking in the art world has become more important than ever. According to Albert-Laszlo Barabasi, author of the book “The Formula: The Universal Law of Success,” this is due to the fact that in the arts performance is difficult to measure in terms of quality. In sports, science and, to an extent, music quality is not only easily discernable but can be measured with a degree of precision. Not so in the visual arts, at least not since Marcel Duchamp’s “Fountain”.

Duchamp’s prank turned tradition on its head and, some would say, did away with the notion of taste altogether. While the great masters of Modernist painting battled on in their studios and hustled at parties and in the salons, he began a revolution the effects of which impact on how we make, perceive, buy and sell art today.

Since often quality is no longer the point of the artwork, today’s art world bets on reputation. This means that now more than ever artists have to rely on their social connections to create a name for themselves and be recognized as serious artists whose work is a worthy investment.

Intelligent, strategic networking can help artists build long term successful careers. Those who understand how to navigate the sprawling international network of galleries and museums increase their chances of longevity in the art world tenfold. Barabasi’s research strongly suggests that the first five exhibitions can determine whether an artist will secure enduring fame.

Vast as the art world is, it is governed by a surprisingly small number of elite institutions: New York’s Museum of Modern Art, the Guggenheim, the Whitney Museum, Gagosian Gallery, Tate Modern, and the Centre Pompidou are some of the key players in this international network. If an artist’s first few shows take place in venues associated with these highly prestigious organizations, his or her chances of a long and reputable career are exponentially greater than if they do not.

But while networking has the potential to make or break a career, stardom and everlasting fame need not be an artist’s sole ambition, nor do they have to count as the only measure of success. We should seek exposure because it aids artistic growth and development.

Exhibiting in diverse venues where artwork might be noticed by more curators, art dealers, and buyers helps gain an audience, make new friends and acquaintances, get into exciting conversations, and be a better artist for it. It is a great way to create a support structure for you and your work and offer support to your peers.

So what exactly is social networking and how should you go about it?

In a nutshell, social networking is the art of forming and maintaining relationships in the art world. To network effectively artists need to get out there and mingle at gallery openings, and “friend” and “follow” the right people and organizations on social media, as much as they need to pursue deeper long-term relationships with mentors, mentees, colleagues, and friends. It is as important to see and understand current trends and trajectories in art, as it is to be seen by those involved in setting them.

Those of my artist friends who take their careers seriously frequent gallery openings, talks, lectures and presentations like it is their job. This type of socializing is about exposure. It gives chance, well, a chance to happen. It also helps establish their presence in the scene of their choice.

Although very important, by itself the art of the schmooze is not enough. Small talk at openings is about light-hearted fun, though of course it also serves the important function of self-promotion.

This kind of socializing might, but is generally unlikely to bring a curator into your studio and your artwork on the walls of a gallery you love. In order to build up credibility and cache in the eyes of the art world, it is crucial to invest in long-term relationships.

Friendships with those older and more experienced than us help open doors that would otherwise remain closed. Our undergraduate and graduate program advisors and favorite professors—people who know us well and whom we respect— are an invaluable resource in this regard.

When we need advice, they can point us in the right direction, write a recommendation letter, and offer guidance on how to draft a convincing artist statement or a grant proposal.

It is just as important to form lasting relationships among our peers. Friends from college, studio mates, extended networks of friends and acquaintances from our M.F.A. programs form our creative community. By maintaining positive, supportive relationships with them, we not only invest in our personal success, we contribute to the flourishing of creativity and the arts in general. 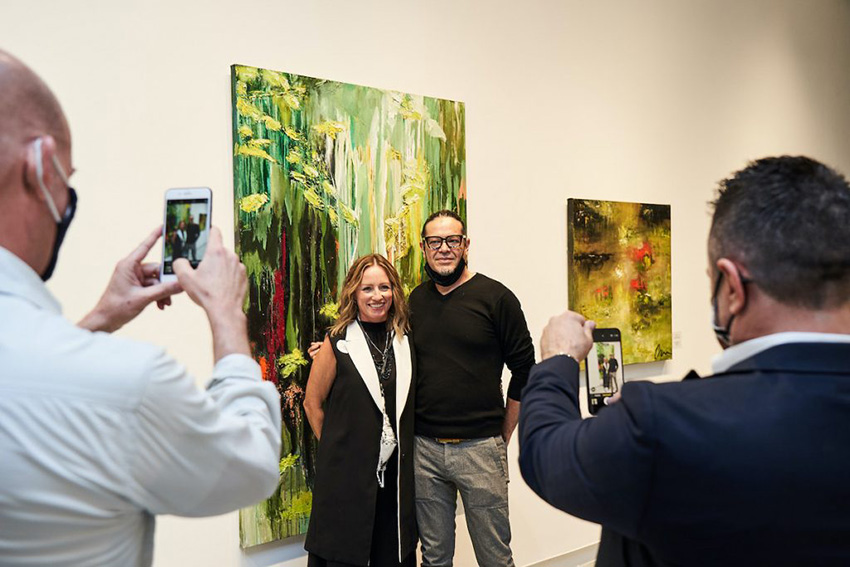 Like everything else, networking in the art world should be done in a style that best suits our personalities. It is advisable to approach it the way we approach dating. Best to be genuine and lighthearted rather than artificial and desperate. Take nothing for granted and give as much as you take. Be there for people, be kind, be open, have faith, and have a great time.

Maria Doubrovskaia is a visual artist and scholar. She moved to New York from St. Petersburg, Russia, when she was a kid. The Chelsea Hotel was seedy, and the Limelight was still a club back then. Maria loves cities and prefers slightly dangerous cities to glossy shiny ones. Some favorites are Naples, Palermo, Dakar, and Brooklyn before 9/11. If Maria was not a visual artist and a scholar, she would be an anthropologist. 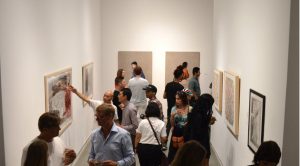 Art Competitions: How to Get Selected 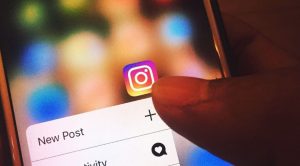 Instagram Stories: How to Use them to Promote Your Art 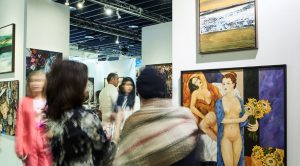 Participating in Art Fairs: Start Off on the Right Foot

6 responses to “The Art of Reputation: How to Network if You’re an Emerging Artist”