Since the 1980s Mao Lizi has become one of the most well-known and respected pioneers of contemporary Chinese art. What’s particularly interesting about Mao, considering he is a face for Chinese abstraction, is that he began his illustrious career practicing Hyperrealism. China (especially in the 1970s and ’80s) is known for its art-based-on-capitalism approach to training artists who crank out works of photorealism.

For Mao, this was too much of a “custom-made business” and he began to study and practice a more abstract type of painting. Upon seeing his paintings, one may be reminded immediately of Rorschach tests (more commonly known as “inkblot tests”). Mao’s works now on view at the gallery consist of several Ambiguous Flower paintings created using oil on canvas. All done in blue, brown or grey oils, these paintings resemble Rorschach tests in the way that they deal with abstraction and are amorphous.

What is a Rorschach inkblot test and why would Mao probably approve of this comparison to his work?

The Rorschach inkblot test was invented by the Swiss psychiatrist Hermann Rorschach in 1921. These ambiguous designs are an integral part of the Rorschach Method where a patient studies inkblots and tries to decipher the images; these tests are used by psychiatrists and psychologists to determine a person’s mental functioning after the image has been analyzed.

Mao was quoted as saying in an interview with ArtAsiaPacific and Denise Tsui in 2016 that he was incredibly influenced by Ming Dynasty (1368-1644) painter Xu Wei’s work entitled Grapes: “I felt like the ink was just dropped randomly on the painting. It had a simplicity that was beautiful. The experience left a great impact on me. Throughout my career in painting, I have always strived to achieve the same spirit as what is captured in Grapes.”

It is apparent that this type of painting from the Ming Dynasty is one that greatly influenced Mao; it is also obvious that Mao likes the aesthetic of ink on canvas as his paintings resemble that more than oil. Mao’s Ambiguous Flower and Broken Lotus paintings flow in a non-restrictive way so it’s interesting that they’re done in a medium as imposing as oil paint rather than with acrylic or even watercolor.

The forms painted by Xu Wei look like they were done in such a way as to convey a simple object but are abstracted just enough to show more than simply a bunch of grapes, if that’s possible. Wei’s Grapes could easily be mistaken for something other than what they are, whether that something is another clear image or simply an unidentifiable shape.

Other Definitive Artists with a Like-Minded Aesthetic

Another definitive Chinese artist whose work dealt heavily with abstraction is Pa-ta Sha-jen (formally known as “Chu Ta”); he is known widely today as “Bada Shanren.” A master who dominated the art of the early Ch’ing Dynasty, Chu Ta (ca. 1626-1705) was of noble descent (a direct offspring of the Ming dynasty prince, Zhu Quan) and practiced ink wash painting as well as calligraphy.

His painting Two Birds (Ch’ing Dynasty) is studied in great detail by Michael Sullivan in his 1967 book, The Arts of China. Sullivan explains that “His brush style appears careless and slapdash, and yet, like that of the Ch’an eccentrics who were his spiritual ancestors, it is incredibly sure and confident.” “Perhaps his peculiar genius shows best in his swift album sketches, in which a small angry-looking bird perched upon a rock in an infinity of space, or in his studies of fish-like rocks, drawn in a few brilliant sweeping lines of the brush. This is ‘ink-play’ at its most unrestrained; yet it is no mere empty virtuosity, for Pa-ta’s deceptively simple style captures the very essence of the flowers, plants, and creatures he portrays.”

Another Agora artist whose work is somewhat reminiscent of these techniques is Korean-born Taikyu Lim. His 2016 oil on canvas series, Middle Way, is quite modern in its aesthetic but, as in Middle Way V, the paint must have been carefully dripped onto the canvas (although it may appear random). This also may be influenced by a sort of “ink-play” employed by Pa-ta Sha-jen.

The juxtaposition of modernism and centuries-old ink drawing can be seen in Lim’s oil paintings; he employs what may be interpreted by some as a haphazard aesthetic (as in Middle Way VII) combined with a deliberate use of forms within the same series (as in Middle Way II). Middle Way II looks like it may depict a pair of lungs (which is very reminiscent of Francis Bacon, but one cannot be sure of his intention. Because of the ambiguity and unclear intent, these paintings are, in a way, like Rorschach tests as well.

Abstract Expressionism was given new meaning and more depth by certain Chinese artists in the 1960’s. According to Michael Sullivan in his aforementioned book The Arts of China, “Their response was a rediscovery of the abstract” as they used traditional familiarities such as their “calligraphic roots” in their art. “Even when their work appears most abstract, it is, like that of the late T’ang expressionists, never entirely divorced from the natural world.”

Some of these artists described by Sullivan include Lü Shou-k’un, also known as “Lui Show-Kwan,” (most notably his ink on paper painting entitled Mountain, 1962), Tseng Yu-ho (Hawaiian Village, 1955), Chao Wu-chi and Lin Feng-mien (or “Fengmian”). These landscapes are abstracted but can still be seen for what they are: they aren’t completely ambiguous or distorted from reality. This is a hallmark of the Chinese aesthetic.

Stay in touch with us! Our Newsletter is packed with inspiring stories, art tips, and Agora Gallery’s latest exhibition announcements.

Feng-mien’s The Yangtze Gorges is a work done with ink and color on paper that displays the use of liberal brush strokes with almost indecipherable figures at the bottom of the painting but, for the most part, the influence of nature is abundant. It is clear that we are looking at a body of water surrounded by looming mountains. Lü Shou-kun’s work is obviously a precursor to the work that Mao is creating now.

Not only is his Mountain an abstracted ink painting that is very similar to many of Mao’s pieces but his Lotus painting (1970) is an incredible example of Abstract Expressionism seen through a very specific Asian lens with inspiration from the natural world.

With over 30 years of experience, Agora Gallery offers artists the opportunity to present their work to a broad range of national and international art collectors and buyers. Looking to develop your artistic career and build a presence in New York City and worldwide? Book an online career development consultation meeting today.

Katherine Sloan is a freelance writer and editor from Virginia. She received her Master’s Degree in Writing from Longwood University in 2012 and has been published multiple times by Three Rooms Press and A Gathering of the Tribes. She currently resides in New York City. 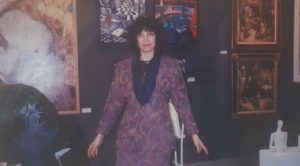 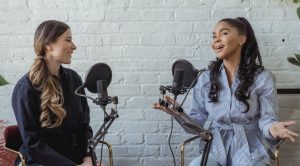 The Best Art Podcasts to Listen To 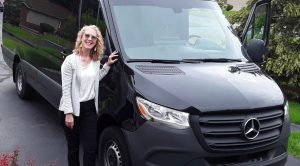